Its been a while since I posted, so here’s an update and some piccies (whilst I angle for some help, suggestions and further advice!)

Our little team of three have managed to make a little bit of progress. First off, we’ve been able to untangle and re-wire the 6 to 12v conversion – and to get it to generate a spark. A half tea spoon of petrol in each cylinder and the plugs back in and she made a pop when we kicked her over – but we have as yet to connect up the tank or fill the rad which were both dry when we got her.

My original plan was, once the electrics were sorted, to put some fuel in the tank, fill the rad (provided both checked out and didn’t leak) and see if we could get her running. However, my Pa is a tad more conservative and would prefer to strip her right down to check the cranks and pistons to ensure that we don;t risk doing any damage to the engine.

Dads got lots of memories and info about the Scott locked away in the old brain-box, but he’s no longer got the confidence to tackle the big jobs without either of his minions (me, number 1 son and my mate John) to help him with the fiddly bits, remember where he put the bolts, and remember what we did the last session of tinkering so we can pick up where we left off! So, given his reluctance to get her firing before a complete strip down and check, we decided to remove some of the parts which only need simple attention (sanding off of rust spots and rust proofing / filling / priming and eventual repainting)

So…. I’m afraid I’m going to hit you with a probably naive and rather long set of questions. But if any of you can help, once again, the input of wise heads would be very gratefully received! 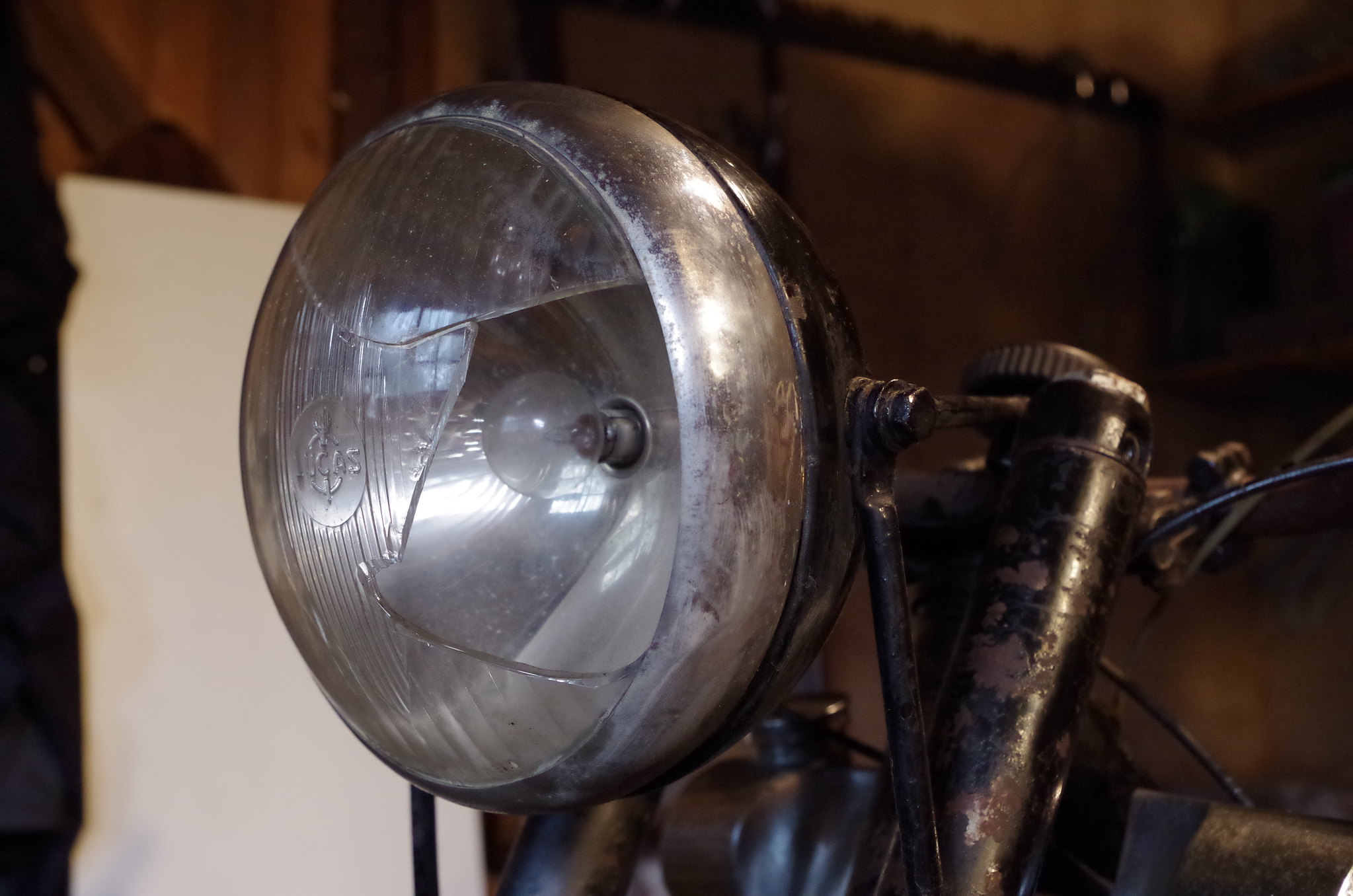 1. We have a damaged lens for the headlight. It measures 8″ across. I’ve managed to find some sites online who do modern replica complete units (including switch and ampmeter) fro suprisingly reasonable prices, but I don’t know if they’re of a reasonable quality – but I do know that none of them are bigger than 7″. I haven’t been able as yet to find a supplier of a replacement 8″ lens. Any suggestions? 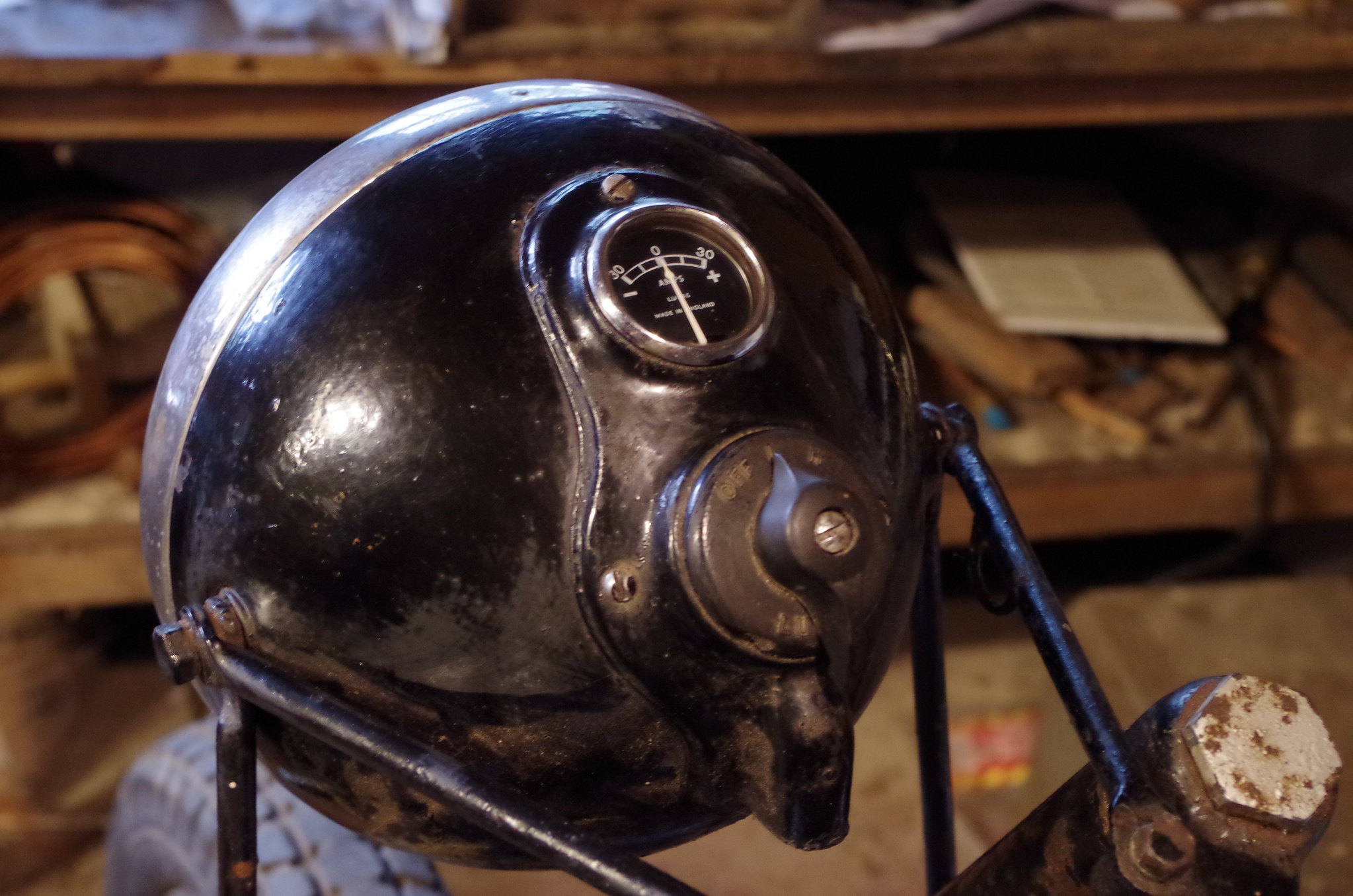 2. We’re missing ‘something’ from the top of the forks. There’s a threaded hole and it seems to line up with what appears to be a tube running between the oleos. I can only imagine that it was a nipple or some kind of filler for filling the oleos with oil. Any clues? (click on the pictures to see them in a smaller frame) 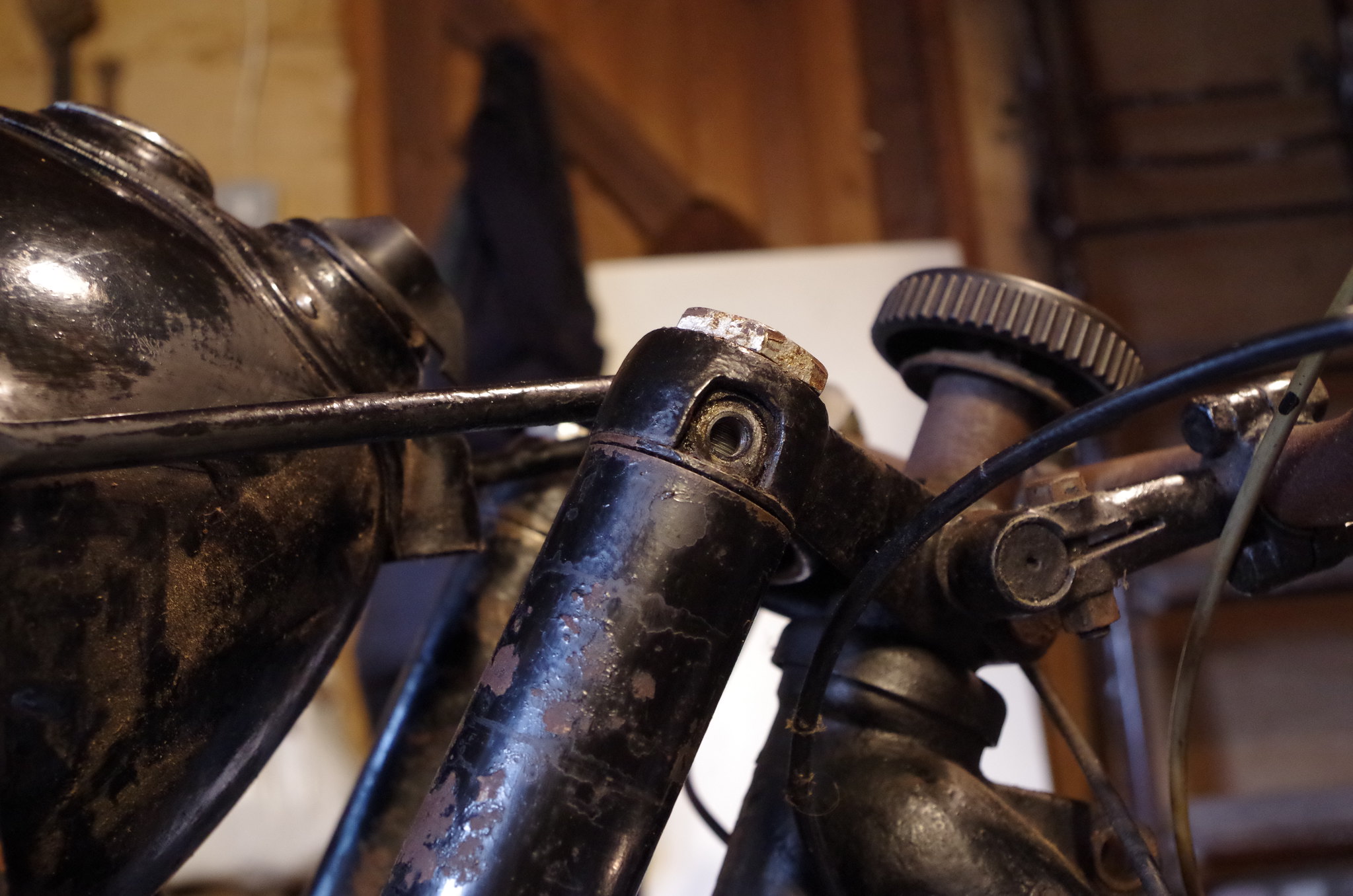 3. And the final conundrum is the front wheel hub. Where the hubs reversible?! I’ve seen pictures of Scotts with the brake levers to the front of the hub, and pictures with them to the rear! Is there an optimum way round – and what option ought I to be looking at if I’ve going to replace the missing splitter box jobbie with a double pull caliper and cable? And on that subject, what would a good model and size caliper and cable option be (and any tricks or tips to fitting them, especially ‘hub end’? 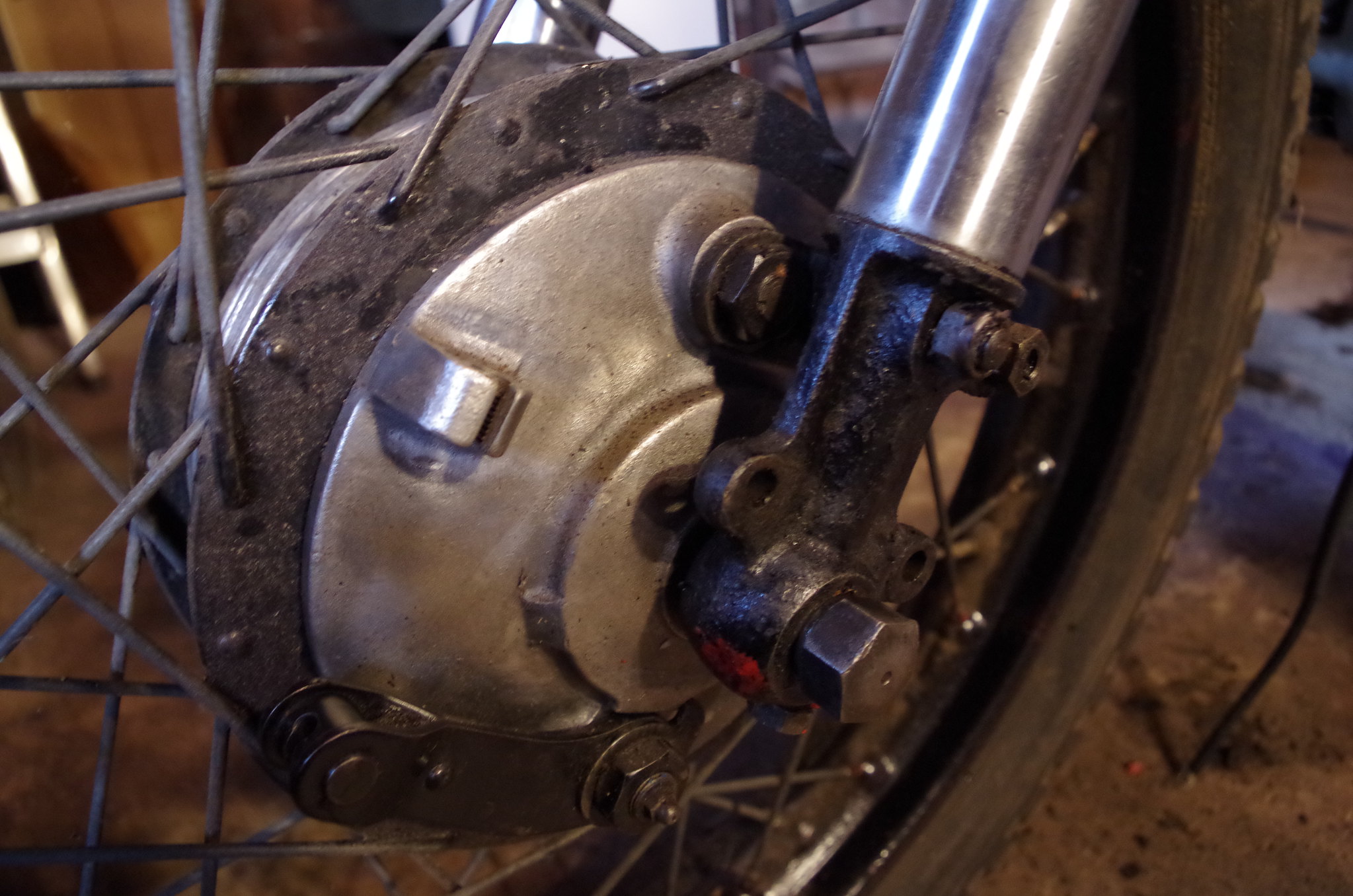